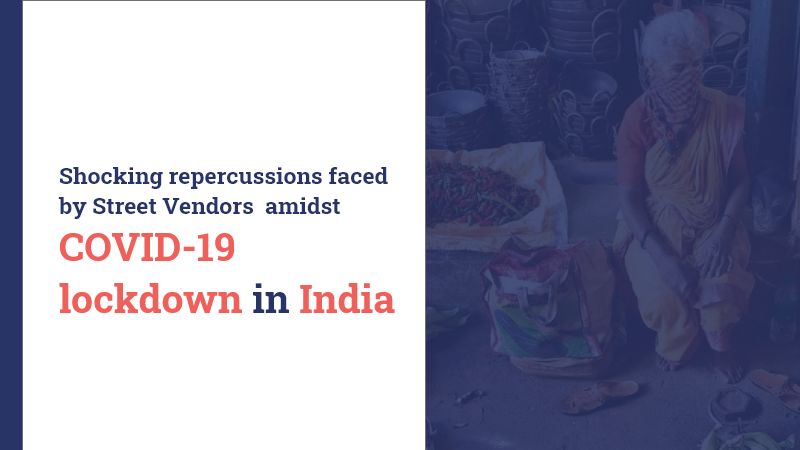 “Street Vendor” means a person engaged in vending of articles, goods, wares, food items or merchandise of everyday use or offering services to the general public, in a street, lane, sidewalk, footpath, pavement, public park or any other public place or private area, from a temporary built-up structure or by moving from place to place and includes hawker, peddler, squatter. The research paper addresses the existing problems of street vendors in the society and proper mechanisms that to be implemented to make the livelihood of street vendors better. Hence, it is important to address this issue to uphold the rights of the street vendors that are guaranteed under Article 14, Article 19(1)(g), Article 21 and Article 39(a) of Indian constitution. In this research, Socio-legal research methodology has been used and collected both primary and secondary data. This study mainly aims to protect the rights of street vendors and to give recognition in the society by way of repealing and amending the existing laws that are against street vendors. Further, to provide safety to street vendors at the workplace by way of providing suitable suits to wear, implementation of laws that cover regulation for the uplifting of their livelihood, providing separate stalls by the state to street vendors at suitable places to social distancing which helps to curb the situation of difficulties in future regarding the spread of any diseases. Also, these implementations in existing law help to create wide employment opportunities in every state.

Bellagio International Declaration of Street Vendors, 1995 which recognizes street vendors as an integral and legitimate part of the urban retail trade and distribution system. A street vendor is a person who offers goods or services for sale to the public without having a permanently built structure but with a temporary static structure or mobile stall (or head-load). Mostly, a person who chooses street vending as a profession are the people who are unable to get a formal job, immigrants, forced migration from one place to another, women’s, people who didn’t have proper education and skills etc. Street vending is a great example of self- help initiative but it is considered a nuisance in many existing laws. According to recent surveys in Mumbai, the per capita income of 53% of street vendors is Rs.20 per day and it is categorized as poor and vulnerable by the National commission for enterprises in the unorganized sector (NCEUS). They are heavily dependent on the money and often remain in the debt trap and have to pay high interest to the money lenders. Therefore, the Government of India is highly responsible to provide a viable solution to poor street vendors. [i]

ANALYSIS OF FEW SECTIONS IN THE STREET VENDORS ACT 2014

PROBLEMS FACED BY STREET VENDORS IN DAY TO DAY LIFE:

THE RIGHTS/PROS OF THE VENDORS BEFORE COVID-19

THE HURDLES FACED BY THE STREET VENDORS  AMIDST COVID-19

THE ANNOUNCEMENT MADE BY FINANCE MINISTER NIRMALA SITHARAMAN

As India is battling with Covid-19, the most affected people after the announcement of lockdown is the general local street vendors, hawkers, retail shop owners and the farmers. The shocking news of lockdown in the month of March left the street vendors in a miserable and devastating position. Where many migrant street vendors walked all the way back to their homes not fearing Covid-19 as they did not have any other place to go. Their food stalls, shops, goods stayed put in the hope of customers buying them but none were fulfilled. Many of them still chose to place their stalls yet their stalls were dismantled by the police. Although, the above stated repercussions caused life taking risks for these vendors the Central government after seeing the status came out with new schemes and allotted them with credit facility, places to stay and also food to eat. Therefore, Indian Government has definitely acted as a life saver for these street vendors but will it work in the right way for all of them is still the big question.