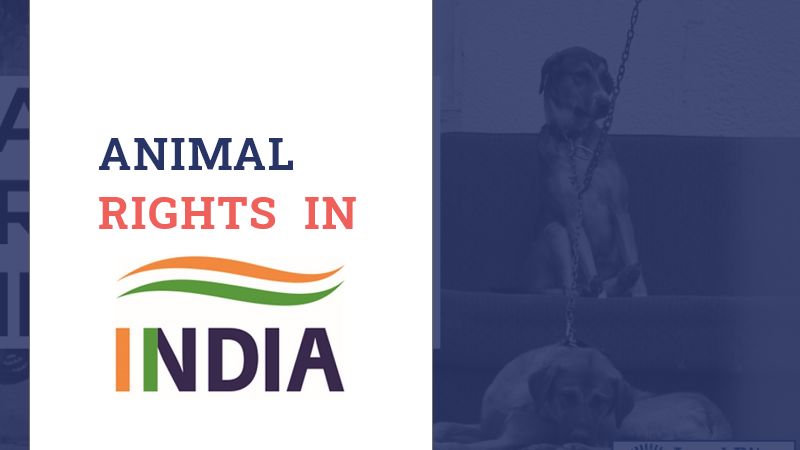 The species of Homo sapiens has been the worst from time to time. Humans have proved to be the most cruel and inconsistent creatures living on this planet. We went to extremes to show our disgusting “real” faces by harassing the other creatures.

The habit of cruelty against animals is assimilated in individuals. It can also be seen in a country like India where humans worship gods in various forms, including animal forms too. Some examples of such tortures in India are that more than 60% of the population cherished to intake meat, sporting animal skin and getting to circuses and zoos. Several people bought “pets” from pet outlets, we tend to wear wool, silk and leather products. We have never thought of the impact these actions on the animals concerned.

People typically raise such as do animals ought to have rights and a Plain answer to this is “yes, indeed.” “Animals have to live their lives without torture and ill-treatment. Jeremy Bentham, the founding father of a reformist utilitarian college of ethical philosophy, expressed that once selecting being’s right, “the question isn’t, will they cause it? Nor will they talk?” However will they suffer? “He states that the ability to suffer is the crucial feature that gives the same thought. The capability of suffering isn’t simply another feature like capability of language or higher arithmetic ability. All animals have the power to suffer within the same means and to identical extent that humans do. They feel pain, joy, fear, frustration, loneliness and motherly love.

EXIETENCE OF LAW FOR ANIMALS IN INDIA

Under Section 11 of Prevention to Cruelty to Animals Act, 1960 giving any poisonous substance or poisonous food to an animal is illegal.

Transport any animal in any manner that would cause him or her to be unnecessary suffering . This includes loading cows into trucks without ramps and overfilling the vehicle as well as Tie the pigs and carry them on bicycles (PCA, Section 11). All violations of section 11 are punishable by a fine of 100 Rs and / or up to three months in prison.

It is illegal to kill homeless animals. Citizens can report the same to municipal authorities as an act of nuisance. The municipality is obliged to keep a pound of animals for animals. Previously, the municipality would brutally kill these animals (mainly dogs) by electrocuted, starved and buried alive. After 1992, it became unlawful for municipalities to kill stray dogs. High courts of Delhi, Rajasthan, Gujarat, Mumbai and several other states have specifically prohibited killing stray dogs and directed the municipality to initiate a sensible sterilization program instead. The Animal Welfare Board of India has introduced a code of conduct for municipalities. Failure to follow the code may invite contempt of court proceedings.

Section 428 and 429 of the Indian Penal Code makes it illegal to kill or injure any animal with a monetary value of more than Rs 10. It is illegal to throw acid on cows (something that vegetable vendors do regularly). The code makes it illegal for cars to intentionally injure or kill dogs, cats and cows on the road. Offenders may be notified to local animal protection group, or police station or filed a case on above referenced. The punishment is of 2000 rupees or a sentence prison for five years.

• Stray animals cannot be used for research. The Rules for Experimental Animals, formulated by the Committee for the Control and Supervision of Experimental Animals, state that restricted animals may be used for the purpose of research only by institutions registered by the Committee for the purpose of research. It is illegal for any medical, educational or commercial research institute to take stray animals by road or from municipal pounds for this purpose.

The animal rights jurisprudence in India followed for the most part a way of life for animals that decides on the basis of its provisions Law for the prevention of cruelty and the law for the protection of wildlife.

There have been multiple public interest litigation  and writ petitions filed, and praying  for relief on the basis that the harsh practices towards animals – whether they be animal sacrifices, performing animals, maintaining failure to maintain the highest standards of care in the poultry and livestock industry, etc. violates the right of an animal to live a life free of cruelty and dignity. . While the majority of these decisions were issued during it guidelines for the protection of animal welfare, AWBI 2014 V. Nagaraja  was the first to take a step in the right direction granting rights to animals, similar to the right to life guaranteed to Indian human citizens. This decision was the first to develop it concept of dignity for animals.[1]

Animal Welfare Board of India v. A. Nagaraja (2014) 7 SCC 547 was a challenge for the use of bulls and bullocks in multiple events across the country, especially bullock races in Goa and Karnataka and Jallikattu bullfights in Tamil Nadu.

The SC Bench tried to promote the animal as “rights holders”, recognizing their right to dignity and living lives free from cruelty.

Considering the cruelty suffered by animals as defined in PCA act (section 3 and section 11) and constitutional duties under Article 51 (g) must be addressed animals with compassion, the SC held practice of bull racing with cruelty and that bulls suffer is a violation of the fundamental duty in Article 51A (g) in conjunction with the fundamental right to live in Article 21.

A large batch of petition is heard by the Supreme Court filed by several NGOs and interested groups for the good treatment of animals regarding the execution of the slaughterhouse rules for ensuring the execution of animal slaughter with minimal pain and cruelty and with the highest  standard of safety and hygiene . However, this petition has been rejected by an order that issues can be addressed if any violation of rules and laws.

A few days ago, we encountered a horrible incident that shook the conscience of the nation. The news was about the cruel and heinous murder of a pregnant elephant in the Malappuram district of Kerala. The elephant was a young female herbivore who would have delivered a healthy baby in the next 18 to 22 months while she is  pregnant.The elephant was found dead in a body of water in the forest. The elephant was neither poached nor killed with a weapon or pistol. On the contrary, the innocent animal ate a pineapple stuffed with firecrackers and explosives which burst in its mouth, breaking its jaw. The pineapples filled with crackers were installed for the wild swine that came to the farms. So it’s not wrong to say that it was a trap designed to kill innocent animals.[2]

The incident follows the shocking death of a pregnant cow. A man was arrested on Saturday in Bilaspur district, near Shimla, after an allegation by the owner of a pregnant cow that he has injured the cattle by giving him edible food mixed with explosives.[3]

An first information report (FIR) was filed under Section 377 and 505-2 of the Indian Penal Code (IPC) against a man named Samar Khan alias Kalu for raping a cow and wounding religious feelings at the post police station in Guna district, Madhya Pradesh.[4]

It is not ended here there are several such cases already pending and increasing day by day. It is our duty to take care of such mute creatures.

What can you do to help stray animals?

When you see a dog or cow hitting or stoning, be sure to inform the person doing the act and get him to stop. If he continues the same, file an FIR in the nearest police station. If the police don’t take you seriously, don’t be disappointed. In many cases, they may not know the laws related to animals. Be polite but firm.

If the municipality in your area is still killing homeless dogs, make an appointment with the municipal commissioner. Inform the commissioner that it has been proven that cruel killing dogs neither reduce their numbers nor reduce the incidence of bites and rabies and courts have ruled that it is illegal to brutally kill stray animals. The Animal Welfare Board of India has developed a set of guidelines for all municipalities that direct the implementation of Animal Birth Control (ABC) program. If there is an animal welfare organization in the area, urge it to take the ABC program.

It is illegal for a municipality to round up stray dogs and release them outside the city limits, as it causes them to die of starvation and thirst under conditions. Therefore, you must challenge this cruelty in court.

When you see cows or buffalo on the street or live on public sidewalks, ask people nearby if anyone knows their owner or the dairy to which they are related.. Inform the owner that it is unlawful to allow cows to roam.

If the owner does not have enough space to comfortably feed or feed the cows, lodge a complaint with the municipality and ask that the cows be sent to a suitable shelter. On the road, cows and buffaloes are often hit by cars and die by eating plastic bags, broken glass and other garbage.

If you see cows or other animals with burnt marks, usually on their ramps, near special fruit and vegetable markets, it is possible that vegetable vendors throw acid on them to drive the animals away from their stalls. Give if there is a market association, contact the head and inform him about the law (IPC, Sections 428 and 429). It is requested that all vegetable vendors be warned against this practice. Inform the police station of the area to keep an eye out for such violations.

When you see an animal hit by a vehicle, get the vehicle number. Examine the animal for signs of life. If possible, transfer him or her to safety and give life-saving first aid. If you can take yourself to the vet, do so. If not, call an animal welfare organization. Once the animal is cared, file a complaint against the offender with the nearest police station (IPC, Sections 428 and 429).

If you know of any research institute that is using animals, ask about the source of the animals. If you suspect that animals have been taken from the road or a pound or that animals are being mistreated, contact the Committee for the Purpose of Control and Supsion of experiments on animals (CPCSEA).

It shouldn’t have been necessary to kill animals, even wild swine in this horrible way. The traditional practice of showing fire to instill fear in animals is enough to keep them away from vegetation.

Indian animal welfare and cruelty prevention laws are rendered useless whenever such cases occur. The need of the hour is to legislate in a new and effective way in the protection of animal rights, but little or no effort has been made by the state and the central government in this regard, creating a situation sad for animal lovers.It is the responsibility of central and state governments to come up with laws, regulations, guidelines and infrastructure to secure these lives. Legislation should be introduced both at the national and state levels, depending on the diverse needs of animals in that state. The infrastructure must include animal housing, animal rescue centers with appropriate health facilities.

By – Sudhanshu sachan and Hardik Sheth