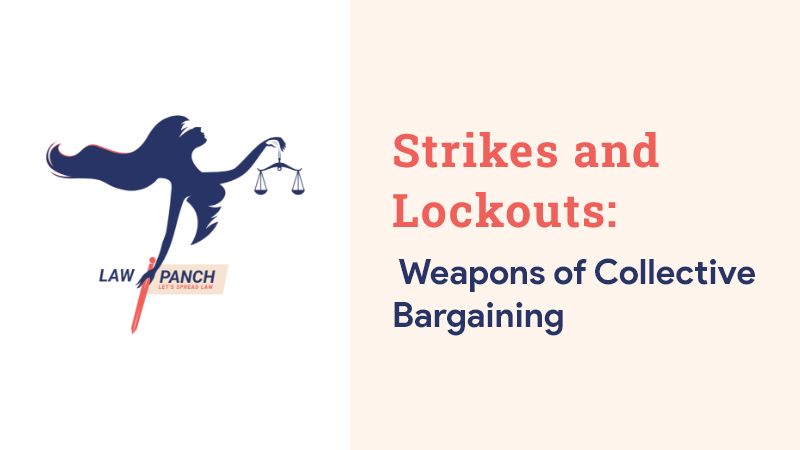 Employers (organizations) and trade unions use collective bargaining to reach an agreement on fair wages and working conditions. It also serves as a foundation for creating proper labor relations. Strikes are an important component of the collective bargaining process because they assess each party’s economic bargaining power and force both sides to recognize, appreciate, and evaluate the importance of the other’s contribution. As the strike drags on, both parties suffer losses: the strikers’ savings continue to dwindle, while the company suffers significant costs owing to the production halt, which has a negative impact on the bottom line. A lockout is the polar opposite of a strike. Workers might use a strike as a weapon to compel their employer to accede to their demands. A lockout, on the other hand, is a tool in the hands of management to push workers to further bargain on their demands relating to working conditions in the employer’s favour.

Collective bargaining is a technique for resolving employment-related conflicts amicably, peacefully, and voluntarily between labour unions and employers.

In India, collective bargaining has remained limited in breadth and coverage due to a well-defined legislative structure. In actuality, labour laws have consistently created and maintained a duality of labour, with formal sector workers having more opportunities for collective bargaining and informal sector workers having none. To further comprehend this, I will go over India’s labour laws, including its scope and coverage.

In fact, when we look at the big picture, we can see that only a small portion of the workforce is protected by labour laws and has guaranteed room for collective bargaining within well-defined legal bounds. Protective labour laws apply to only about 3% of businesses; for the remaining 97%, only the Industrial Disputes Act (minus its protective sections like section V-A, V-B), Minimum Wages Act, Workmen’s Compensation Act, Equal Remuneration Act, and Shops and Establishments Act (enacted by each state separately) and some pieces of labour legislation enacted for specific occupations apply.

The Indian Trade Union Act gives people the freedom to form unions, but only with very limited scope and coverage. The Trade Union Act of 1926 was changed in 2001, and it became more difficult to create trade unions as a result of the amendment. Only seven members were required to register a trade union under the Act of 1926, but after amendment, at least 10% or 100 members, whichever is less, are required to be members of the union prior to its registration, subject to a minimum of 7 workmen engaged or employed in the establishment. The amendment also places a restriction on the number of outsiders who can serve as office bearers. The scope of collective bargaining is limited by the Industrial Disputes Act of 1947. It’s also worth noting that unions only receive full bargaining rights on behalf of workers once they have been recognised by management. Employers, on the other hand, are not required by law to recognise unions or engage in collective bargaining. Only a few Indian states, such as Maharashtra, Gujarat, Madhya Pradesh, and Rajasthan, have provided provisions for the recognition of unions representing a specific percentage of the workforce.

What is a Strike?

A strike is a work stoppage caused by the unwillingness of the majority of workers to execute their duties. Strikes are frequently the result of issues that are not handled by the employer in a timely manner.

Strikes became widespread during the Industrial Revolution, when mass workers became increasingly important in factories and mines. Strikes were swiftly declared illegal in most countries because employers wielded more political power than employees.

Employees or workers have the right to strike, which is a well-known instrument that they can use to negotiate with their employers and force them to adhere to their demands. In our daily lives, we constantly hear about workers going on strike in order to get their demands for better salaries, benefits, and working conditions met by their employers.

The Most Important Ingredients of a Strike

The strike must take place in a workplace that meets the criteria of “industry” as defined by the Industrial Disputes Act of 1947.

Between the employer and the striking workers, there should be an employer-employee relationship.

There should be a work stoppage by the workers.

Here are some examples of different types of strikes:

Why do workmen strike?

What happens during a strike?

Workmen who refuse to come to work or march outside the factory or office premises to prevent other workers from working or doing business with the employer constitute a strike.

In the case of TISCO Ltd vs. Workmen[1],the court ruled that if an employer replaces a weekly day-off Sunday with another day-off without informing the workers beforehand, the change is not considered legal. As a result, labourers refusing to work on a day off that was not a Sunday did not constitute a strike.

In North Brook Jute Co. Ltd. vs. Workmen[2], the court ruled that if a plan was implemented in violation of Section 33 of the Industrial Disputes Act, 1947, then refusing to follow the scheme would not be considered a strike.

The right to strike was ruled not to be a basic right in the case of T.K. Rangarajan vs. Government of Tamil Nadu[4]. Furthermore, it is neither a legal nor statutory right. In the case of B.R. Singh vs. Union of India, a similar point was made.

What Methodologies Do Companies Utilize to Deal with a Strike?

Most strikes called by labour unions are anticipated, as they normally occur after an employee’s contract has expired.

Dealing with a Strike Preparation: Companies or Factories that produce goods for sale will usually boost their inventory levels before a strike occurs. Salaried workers may be called upon to fill in for workers who have gone on strike, which may necessitate training ahead of time. Workmen may be redeployed to suit the business needs of the reduced workforce if the company has various work locations.

Organizations can also get strike insurance in advance of a planned strike, which can assist cover the costs of any losses incurred as a result of the strike.

Strike action is one of the tools that worker’s unions employ. Some businesses may refuse to talk with the workers’ union outright and instead respond to the strike by hiring workers to replace those who are on strike. This may put strikers in a tough position, as they must decide whether to stick to their original plan or risk losing the strike. Strikers may also be wondering how long the strike will last. Will they be able to keep their jobs if the strike fails?

Organizations that hire strike-breakers take advantage of strikers’ fears when trying to persuade them to call off the strike.

A lockout, which is a type of work stoppage in which an employer (organisation) refuses to allow workers to continue working, is another alternative to a strike.

What is a Lockout?

A lockout is the polar opposite of a strike. Strikes are a method employed by employees to get management to agree with their demands. A lockout, on the other hand, is a tactic employed by management to force workers to continue negotiating on their demands, which are related to their job terms and conditions.

A lock-out is defined as the temporary closure of a place of employment, the suspension of work, or an employer’s refusal to continue to employ any number of employees, according to the Industrial Disputes Act of 1947.

The three components of a lockout are included in this definition:

Workers are asked by management to stay away from work during a lockout and are thus not compelled to go to work.

In the case of Shri Ramchandra Spinning Mills vs. State of Madras[5], it was determined that if an employer closes his place of business as a form of retaliation, as an instrument of coercion, or as a means of exerting pressure on employees, or in general, when his act is what could be described as belligerent, a lock-out will occur.

In the case of Lord Krishna Sugar Mills Limited Saharanpur vs. State of Uttar Pradesh[6], the court found that a lockout is occasionally used for security reasons rather than economic demands.

In the case of Lakshmi Devi Sugar Mills Limited vs. Ram Sarup[7], the ruling was that in the event of a lockout, there is neither a change in the conditions of the service that apply to them, nor a discharge or punishment, whether by dismissal or otherwise, to the detriment of the workers.

As a result, we can infer that strikes and lockouts are useful weapons for both employers and employees participating in collective bargaining, as long as they are used legitimately and ethically.

Employees’ unqualified right to strike or employers’ right to lock-out cannot be granted in India’s current economic development goals. Arbitration by compulsion has proven to be a viable alternative to collective bargaining. Compulsory arbitration does not, however, entail that the freedom to strike is restricted or that the labour movement is suffocated. If the benefits of legislation, settlements, and awards are to reach individual workers, not only must the trade union movement be fostered and its viewpoint widened, but also the laws must be adapted appropriately.

Existing legislation and legal rulings are limited in their scope. Indeed, a system of interpretation that lacks a policy-oriented approach and places too much emphasis on semantics has made the statutory definitions of strike and lockout worse. 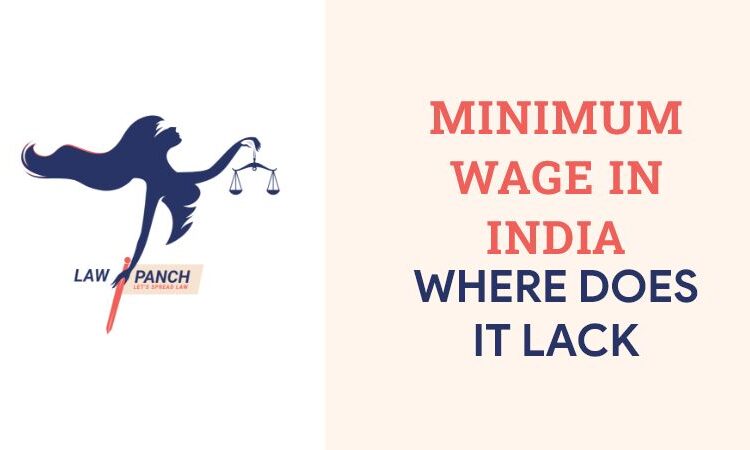 MINIMUM WAGE IN INDIA: WHERE DOES IT LACK  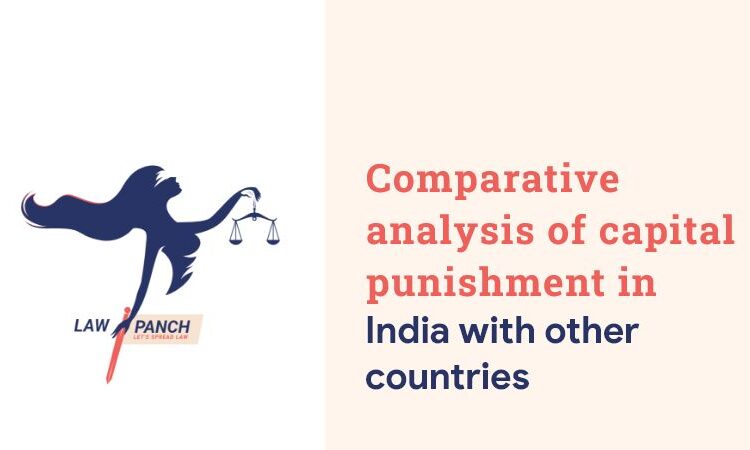 A society has both good and evil people. Evil people commit crimes and disturb...