DIFFERENCE BETWEEN CRIMINAL AND CIVIL LAWSUIT 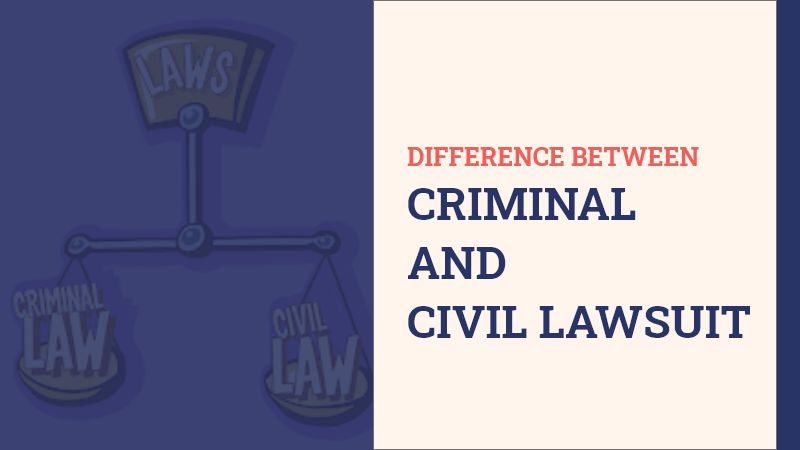 DIFFERENCE BETWEEN CRIMINAL AND CIVIL LAWSUIT

Law is an instrument of society which includes rules of conduct, action or behaviour of person, made and enforced by the State. The main object of law is to bring peace and stability in the society and its ultimate aim is serving justice. There are different classifications for law but the purpose of all theses laws are one, that is to protect the interest of individuals. Inorder to access justice the individual need to approach the court by filing legal suit. In courts certain rules are introduced in the proceedings of cases. These rules are called Procedural law. There is a procedural law for both civil and criminal cases. Also the suits may be divided into two classes namely suits which are of civil nature and suits which are not of civil nature[1].

India has a recorded legal history starting from the vedic ages and some sort of civil law system may have been in place during the Bronze Age and the Indus Valley Civilization[2]. At that time only a secular law was existed. Later the common law system came to India by the British East India Company. After independence the basic legal document of the country was established, that is the Constitution. Under the Constitution Supreme Court is the highest Court of the land[3]. The Supreme Court has the power to hear both civil and criminal cases and the decision of the Court is final.

Criminal law deals with the laws relating to crimes. The criminal law defines offences and prescribes punishment for them. Its main aim is the prevention and punishment for offences. There are many criminal law’s existing in India such as the Indian Penal Code, Dowry Prohibition Act etc. According to Section 40 of the Indian Penal Code, offence is an act punishable by the Code[4]. The Indian Penal Code is a substantive law that is it creates or defines rights, duties, obligations, and cause of action under the law. While the Procedural law deals with the procedure and evidence by which the substantive remedies given under the law can be enforced.

The criminal case proceedings starts usually when a person commits crime or offence. In India the criminal proceedings are made under the Code of Criminal Procedure, 1973. The process starts when a formal complaint or first information report is initiated and this process usually ends in discharge, acquittal or conviction. The object of criminal law is punishment and not compensation. The complaint is given orally or in writing to a Magistrate by a person[5]. First Information Report (F.I.R.) is a written document prepared by a police officer, and section 154 of Cr.P.C deals with F.I.R[6].

It is the duty of the state to prove that the accused has committed the crime beyond a reasonable doubt, because crime is an act which is against the whole society. Thus in a criminal suit the Public Prosecutors are appointed by the government for the aggrieved party. The burden of proof also lies on the aggrieved party as he needs to prove the accusations against the defendant. The punishments are more severe and even death penalty is awarded in criminal cases. Criminal suits are initiated in criminal courts starting from the lower court called as Magistrate Courts to the Apex Court, that is Supreme Court. Moreover there are High Courts for each states and District Courts for each districts. Sessions Court is the highest court in the District.

Civil law deals with civil rights and duties of individuals towards one another. In civil cases the legal action is begun by the private person to establish rights, against another person or group of persons. There are different types of civil laws in India such as the Law of Torts, Law of Contracts etc, which deals with different kinds of rights and duties of people under the law.

The civil cases begin with when a conflict arises between two parties. In India most of the civil case proceedings are governed under the Civil Procedure Code, 1908. A suit is filed by a person if his rights are violated or harmed by another person. The purpose of a suit is recovery or protection of right, the enforcement of a claim, or the redress of wrong. Every suits shall be instituted by the presentation of plaint as per the subject matter[7]. There are different types of civil suits and each of them are instituted for different purpose.

In a civil suit the plaintiff needs to prove the facts by preponderance of evidence. The burden of proof initially lies on the plaintiff who must prove that the defendant was responsible for the wrongful act and the burden may shift to the defendant. Civil cases generally results in compensation or enforcement of rights to the plaintiff. Civil suits are initiated in civil courts starting from the lower court that is, Munsiff Courts to the Supreme Court. Moreover there are High Courts for each states and District Courts for each districts.

The difference between criminal and civil lawsuit is as follows: 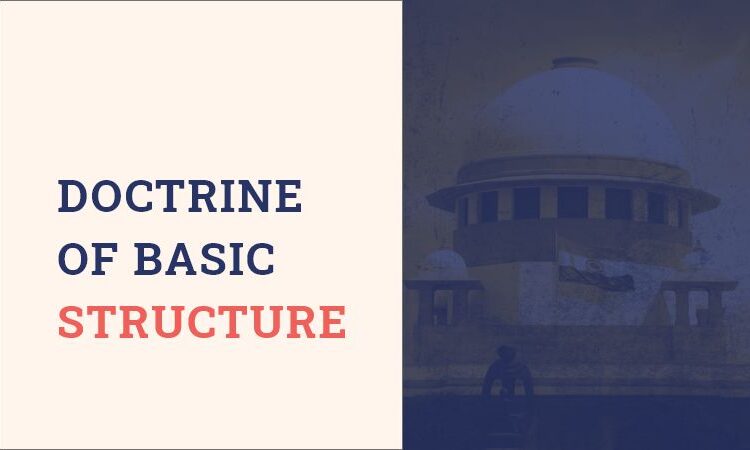